While Poo is undoubtedly one of the most iconic characters that Kabhi Khushi Kabhie Gham has given us, we cannot look past the brilliantly funny character that was Anjali, played by the even more brilliant Kajol. And her ‘Gamla’ scene deserves much more credit than it gets.

However, music producer and composer Mayur Jumani took that particular Kajol scene on a different level. He turns Kajol’s squeaks and cries into a K3G theme remix and it is all levels of awesome! Have a look:

He named the track ‘The Kajol’ and apologised to Karan Johar for doing it but had no regrets!

And people online have become a fan of both the instrumental track as well as the wonder that is Mayur Jumani! 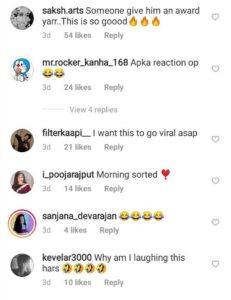 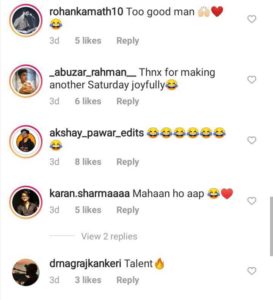 I’m still waiting for someone to make a musical track out of Poo’s iconic dialogues in K3G, BTW!

Logan Lerman Birthday: 5 Pictures That Prove That the Perk of Being a Wallflower Actor Has the Most Gorgeous Smile

Varun Dhawan And Natasha Dalal Wedding: Here’s What Pahlaj Nihalani Has To Say About The Couple’s Intimate Ceremony

Soumitra Chatterjee Birth Anniversary: Did You Know Satyajit Ray Made Apur Sansar Because He Met The Late Actor?

Varun Tej Konidela Birthday: Here’s Looking At The Fun-Filled Family Moments Of The Tollywood Actor That Are Unmissable!