A 38 year old young handsome Punjabi actor made his acting debut in 2010 and won many hearts. He gave a lot of hits to the Punjabi industry “Carry On Jatta, Lucky Di Unlucky Story, Bhaji in Problem and Jatt James Bond” to name a few. A treat for all his fans  -Gippy Grewal new movie list of all Punjabi released and new movies, upcoming movies.

Gippy Grewal did a lot of movies opposite famous actresses like Neeru Bajwa, Sonam Bajwa and Sargun Mehta. Gippy Grewal , Neeru Bajwa and Jimmy Shergill starter movie was released in 2010 and bagged the best movie award in PTC Punjabi Film Awards 2011. The story revolves around two college enemies fighting over a girl . Gippy Grewal aka Nihal was about to get married to Neeru Bajwa aka Seerat , where she expresses her love towards his rival i.e. Jimmy Shergil aka Rajveer and end up marrying him. This movie hit the box office earning Rs.105 million. A Punjabi rom-com released in 2011, starring Neeru Bajwa (Noor), Diljit Dosanjh(Gurnoor), Binnu Dhillon along with Gippy Grewal (Yuvraj) had a record breaking opening in the Punjabi industry – Rs. 26.5 million in the first week of release. Yuvraj and Gurnoor both are charmed by Noor’s beauty and elegance. Noor’s father wants to marry her daughter to one of the boy’s and ask them to make her fall in love with either of them. At the end, Noor chooses Yuvraj and they both get married with Gurnoor’s help. 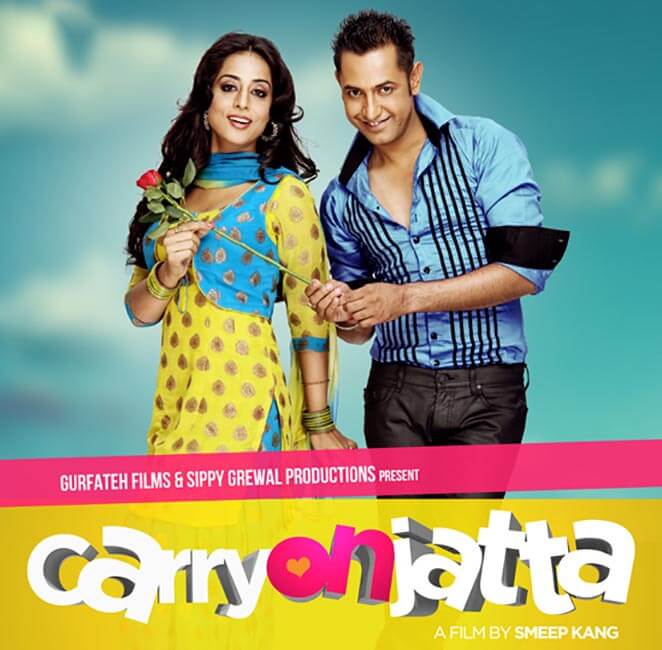 A must watch for comedy lovers, a punjabi movie that can make your stomach hurt due to laughing. Carry on Jatta won many hearts in 2012 starring Gippy Grewal as Jass and Mahie Gill as Mahie. The movie highlights “Marriage and its struggles” and is one the most liked plots amongst comedy movies. Jass tries to woo Mahie by lying to Mahie and his own family. Post getting married, he struggles to keep up the secret from his own family. It bagged 8 awards in 3rd PTC Punjabi Film awards in 2013. Worldwide grossing for the movie is approximately Rs.48 millions.

The movie revolves around Ladies Man Lucky ( Gippy Grewal) and his 3 married friends starring Jaswinder Bhalla , Gupreet Ghuggi and Binnu Dhillon. They enhance minor life issues to major Problems. They are seen battling and solving a muder mystery which in turn outs to be a funny sequence of events. Smashing the box office with Rs. 30 million A heart-touching movie directed by Gippy Grewal starring Gurpreet Ghuggi ( Master Gurmukh ) and Ammy Virk( Aasi) to name a few. The movie is about how Master Gurmukh enhances his life learnings and enlightening villagers towards leading a beautiful meaningful life. The movie was released on 11th march 2016 and touched many hearts. It had a record breaking box office collection of Rs 46.20 crore. 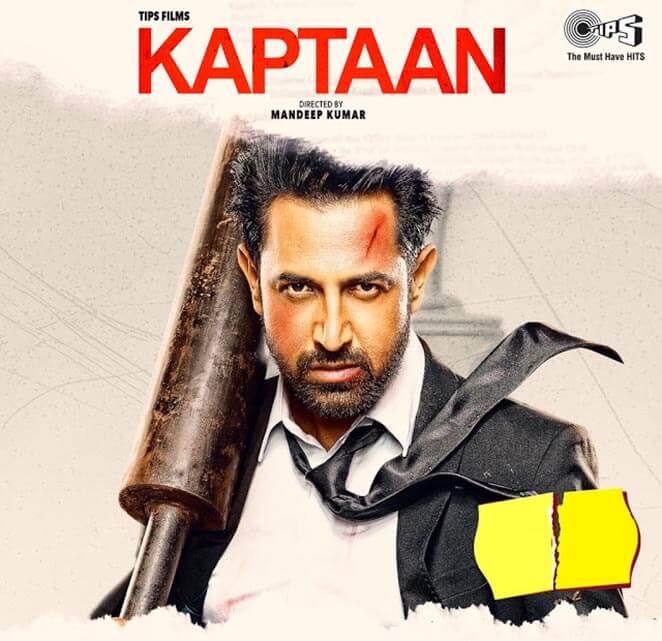 Family drama punjabi rom-com featuring Gippy as Sukhi and Sonam Bajwa as Rano. Sukhi falls in love with Rano at his sister’s wedding and while their love enriches – a series of comedy events unfolds. The movie took the box office by storm bagging a total of 11.29 cr. A revolutionary biographical movie based on a war film featuring Gippy Grewal as Joginder Singh, an indian soldier who was killed in 1962 Sino-India war. The movie highlights the struggle and valor of subedar who served his country while fighting Chinese in the 1962 war. The story shows the journey of a young farmer to a brave martyr who tackled Chinese attacks at Bum La in Tawang. Its cumulative worldwide grossing being more than 1cr. Another Gippy’s rom-com where he plays the character of tittu – a simple boy who dreams to marry the love of his life Simran ( Sapna Pabhi). The movie highlights an interesting twist when the girl falls in love with Gill Bhaiji ( Binnu Dhillon) and he is killed by his rival Sidhu (Jaddi Singh).The movie was released on 31st Aug 2018 and was able to gross Rs. 99.5 million worldwide. A power packed action comedy movie featuring Gippy as Shinda along with his friend Rana Ranbir as Balli highlighting how poverty-stricken men deal with their set of real-life problems. Along with acting Gippy also produced this film. The film was released on 1st November 2019. This hit movie comes in the list of highest grossing Punjabi Movies of all time with the grossing of Rs 56.27cr.

ALSO READ: 45 Punjabi Celebrities Who Worked In Bollywood Movies Too

Gippy Grewal is a fantastic actor and we are eagerly looking forward to Gippy Grewal’s upcoming movies. The love shown by the audience to all his movies is a simple indication towards the fact that his movies are really enjoyed.