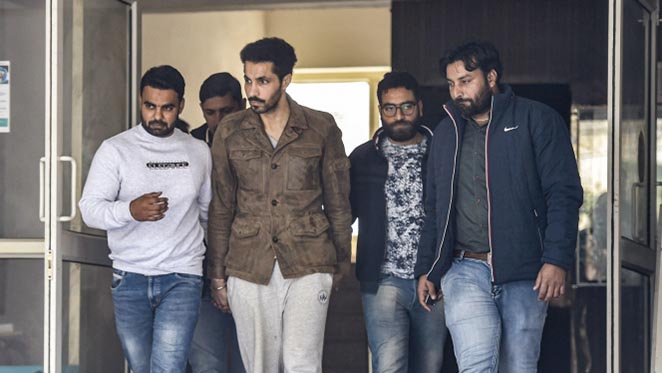 Punjabi singer and actor Deep Sidhu has been in trouble since after violence took place at Red Fort on Republic Day. We all are aware that he was arrested under IPC 147 & 148(rioting), 149(unlawful assembly), 120-B(attempt to murder), 120-B(Criminal conspiracy), 152(assaulting or obstructing public servant), 395(dacoity), 308(homicide) and 188(disobedience order promulgated by public servant).

Today, he appeared in front of the Delhi court where the court was adjourned for April 12th and asked for transcripts of Deep Sidhu’s speeches.

But here is what happened in the court today.

On the behalf of Deep Sidhu, his lawyer claimed that Deep Sidhu was not involved in the violence which took place at the Red Fort on Republic Day. He said it was his mistake to post the video on Facebook, but not a crime. Not every mistake is a crime, he quoted.

He also said, “I was levelled by the media as the chief conspirator, I don’t know why? I left even before the violence erupted.”

Deep Sidhu told the court that he did not give any calls or provoke the farmers to reach the Red Fort.

He was arrested on February 9th and since then facing problems. In the meantime, he broke down various times while sharing his side of the story on his social media handles. He spoke about how no farmer leader is standing by him and accepted him as the prime accused.