Lot of discussion is going on about Government stake sale in Public Sector Banks in India. It is almost certain that government is going to privatize few banks and reducing its stake to 51% in few of largest banks in India.

Announcement may be made in this Budget itself. Earlier, the Reserve Bank of India (RBI) has suggested bringing down the government’s stake in six leading public sector banks (PSBs) to 51 per cent by March 2021 and the government has taken the suggestion positively. 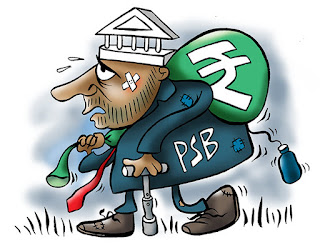 The prime minister's office wrote a letter to India's finance ministry earlier this month asking it to expedite the process of privatizing these lenders in the current financial year.

While the government is keen to push through reforms amid the pandemic, some officials have advised that the government restructure these banks before privatization to cut down their losses by offering voluntary retirement to surplus staff and closing loss-making domestic and overseas branches to make them more attractive assets, the sources said.