Rahul Chahar is still an incredibly young man and has a long way to go: Shane Bond 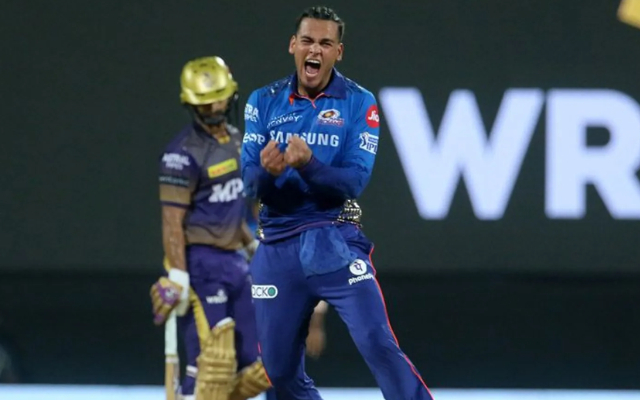 Chahar scalped 4 wickets in the 4 overs that he bowled to help the Rohit Sharma led side post their first win of the tournament. And now, Mumbai Indians’ bowling coach Shane Bond has showered praise on Chahar. Bond labeled Chahar as an ‘incredible young man’.

Adding that Chahar is doing extremely well, Bond opined that the spinner is a key member of the Mumbai Indians outfit and still has a long road ahead.

“He is doing extremely well if you look at Rahul (Chahar), he is still an incredibly young man, who has played a fair bit of cricket and now some high-pressure cricket, and (in) finals and a key member of our team, so in terms of his development, I still think he has got a long way to go,” said Shane Bond in the pre-match press conference.

Shane Bond further delved deep into Rahul Chahar’s role in the Mumbai bowling setup. Adding that Chahar’s main role is to spin the ball and take wickets, Bond stated that if the Mumbai players create pressure on the opposition, then Chahar will be presented with an opportunity to scalp wickets.

“Example is just the powerful (balls he bowled) in the last game he bowled absolute jaffa, his role is to come and spin the ball and if the boys are around and create some pressure, it gives him the opportunity to take those wickets, so that’s the role we look for him to do in the team,” concluded Bond.

The Mumbai Indians side is now placed at the third place in the points table. They will play their 3rd match of the 14th IPL edition on 17th April 2021 against Sunrisers Hyderabad (SRH).